Until recently, I was completely satisfied with my conclusions of the colossi sizes as I had carefully measured them with my memory editor in real time 'in-game'. But it seems there are two scales to contend with, the 'in-game' measurable models, and the 'actual' real world sizes based on a single sentence by Ueda from the official art book.

I had based all of my videos and blog posts on these in-game measurements, however back in December 2016 I received an email from Kris Vandernbroek, the admin of the Shadow of the Colossus wiki, an amazingly detailed and comprehensive wiki devoted to the game.
See here: http://teamico.wikia.com/wiki/Shadow_of_the_Colossus

Kris mentioned an important detail that I seemed to have missed from the official art book (this section had luckily been translated into English by my good friend and collaborator 'Giltterberri' : )

In the interview section at the back of the official art book, Ueda (when asked about Phalanx) states: 'Its nickname was “The Snake”. It’s the biggest of all the Colossi, around 200 meters long. I wanted there to be a Colossi you would defeat by jumping from your horse. In the beginning, you’d defeat it by cutting a muscle within an opening that contained its weak point'.

So Ueda states that Phalanx was 'around 200m' long. This differs dramatically from my 'in-game' measurements of 146m long. So now I had to re-evaluate all of my measurements based on this one one sentence from the creator of the game... I had a lot of problems with this, as I had been so careful in my measurements, checking and re-checking them many times over! We both couldn't be right... could we? So there was something else going on here. 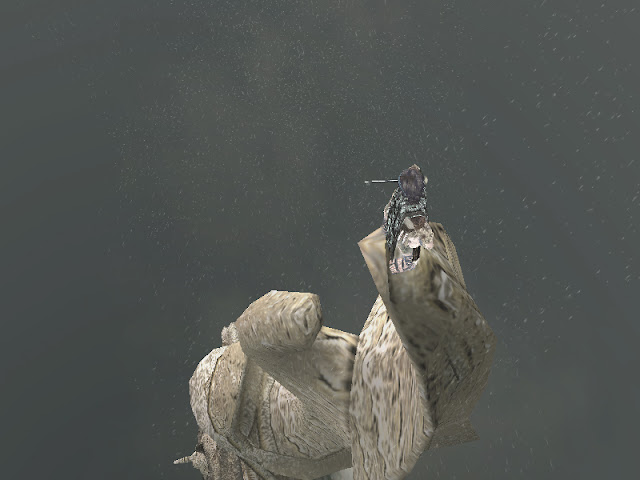 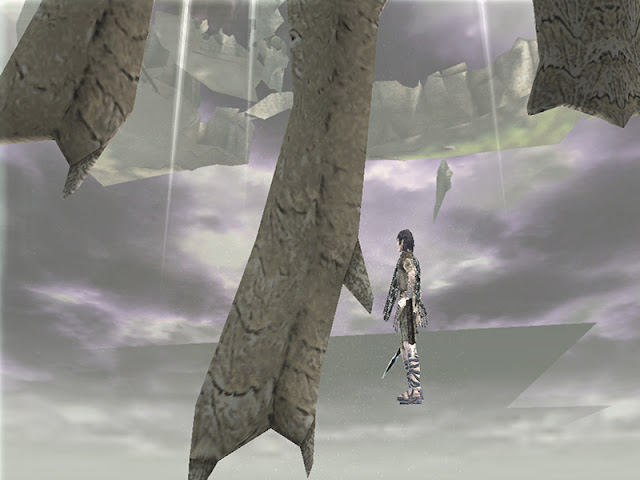 Wander at the tail tip of Phalanx - before activation

So it appears the 'actual' size of the colossi are 38% larger than the in-game dimensions. There could be a variety of reasons for this, but the most obvious is perhaps there was a memory limit as to how large they could make the 3D colossi models using the PS2 architecture? It's all about scale; that is, if everything is scaled by a certain percentage but is at the same proportion, there's no way to tell how large or small a character model is in the game. The only way I could tell was by using a memory editor.

Of course, this may all be unnecessary as perhaps Phalanx was once much larger in an earlier build of the game and later the devs decided to reduce its size? But even if that is the case, it's stated by Ueda in the official art book as being around 200m long, so we have to take that as canon. But I'm happy with the compromise of two sets of sizes, those in-game and what you could call 'real world' sizes.

So based on this new information, does that mean the forbidden lands and all it contains would also need to be scaled up by 38%? This would enlarge the map squares that were previously 600m x 600m to a size of 828m x 828m. Kyle Shubel (the US localisation producer for Shadow of the Colossus) once said in a Playstation 2 forum post: 'There are 52 areas on the game map, each are over 600m x 600m, you may have to ride across 2-9 of these to get to the next colossus.' But it seems a large jump from 600m to 828m in my opinion, even though he stated they were 'over 600m' squared. There's also the problem that he got both of the other facts wrong... There are only 39 playable squares on the map, and the furthest you have to travel to reach a colossus in the game is 5 maps squares, not 9.

So I have recalculated all of the colossi and characters based on this new scale. Note: This fixes the 'dwarf Wander problem', as now Wander is 1.7m high - a normal human size, but at the same time it increases Agro's size into a colossal sized horse! 2.5m high, larger than any horse known ever to exist (see further below). 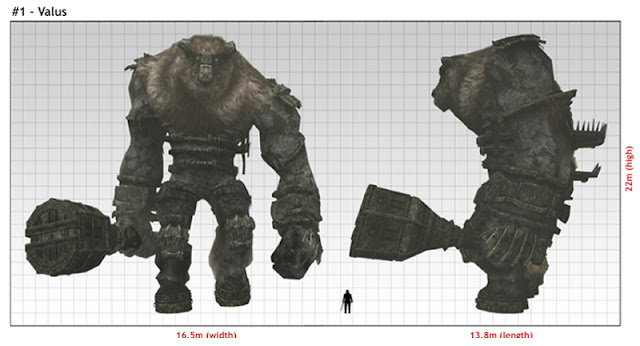 So here we see that Valus has been enlarged in height from 16m to 22m. This is its actual real world scale height, not the 'in-game' height. See my previous 'Colossi Sizes' blog post for the in-game measurements here: http://nomads-sotc-blog.blogspot.com.au/2011/08/colossi-sizes.html 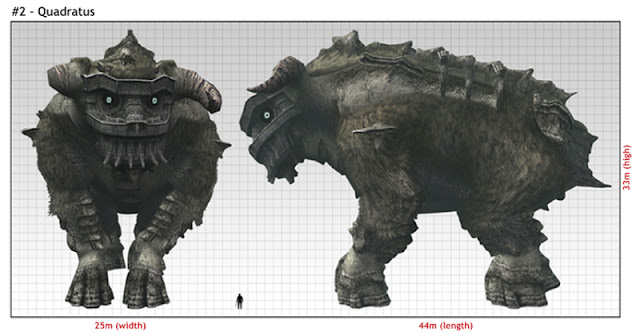 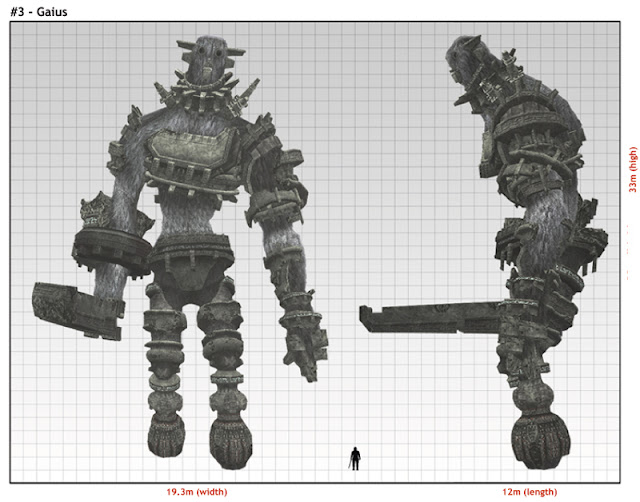 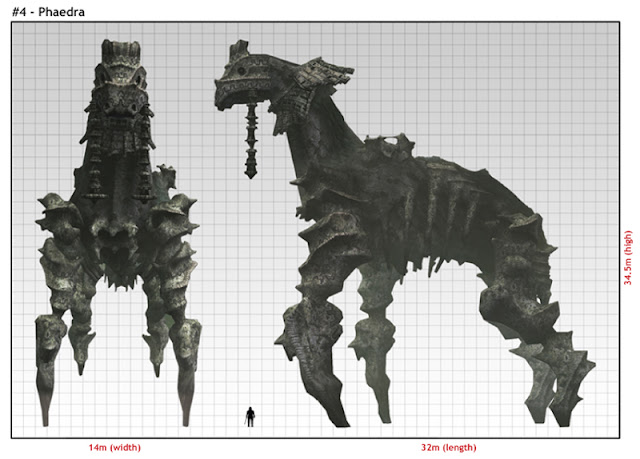 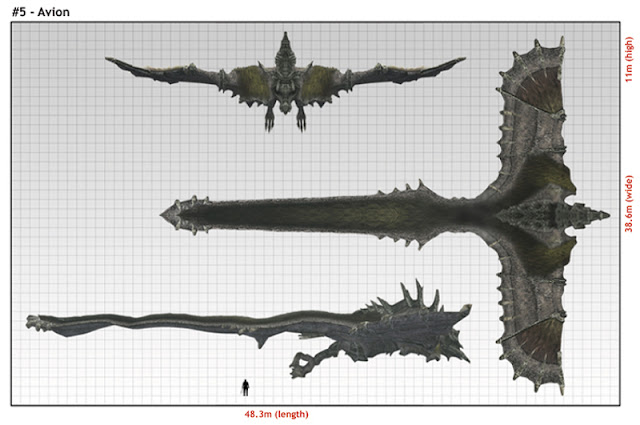 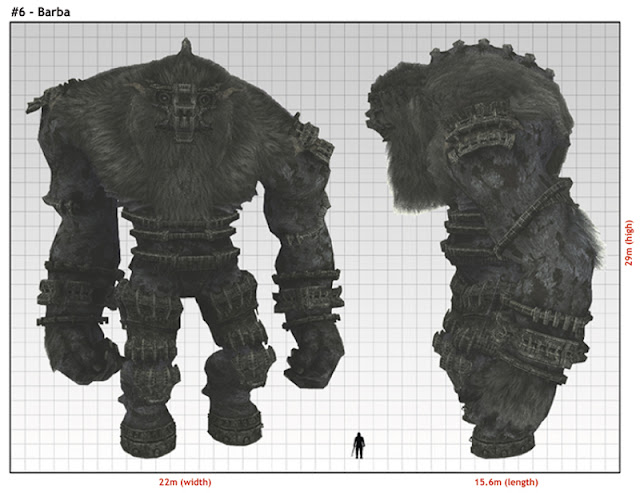 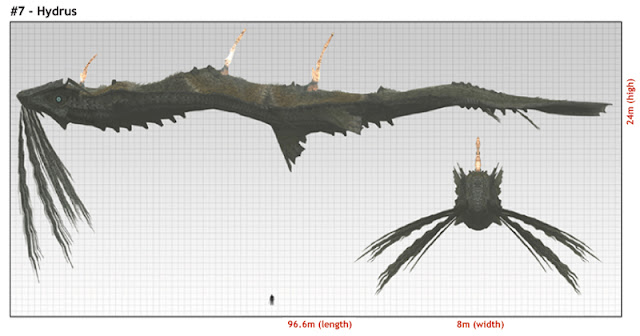 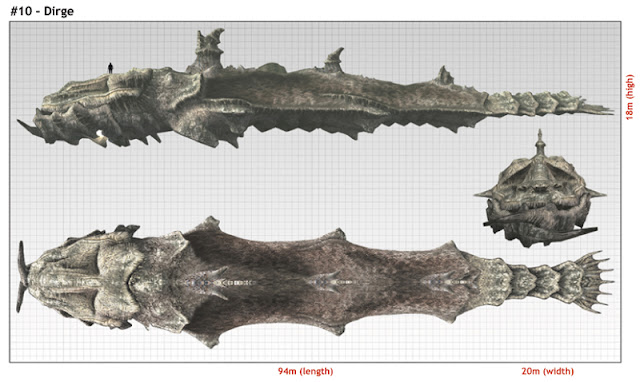 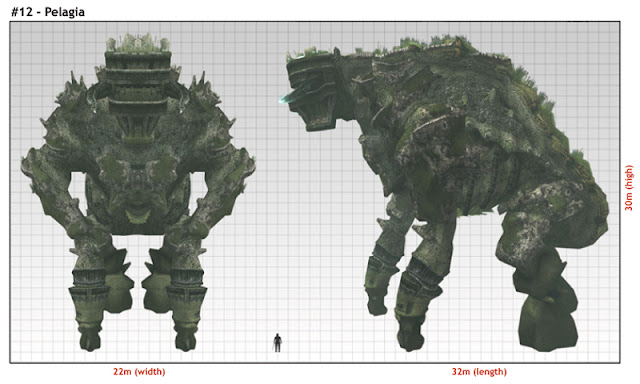 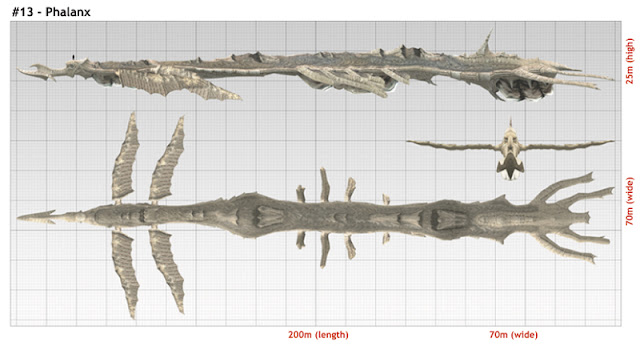 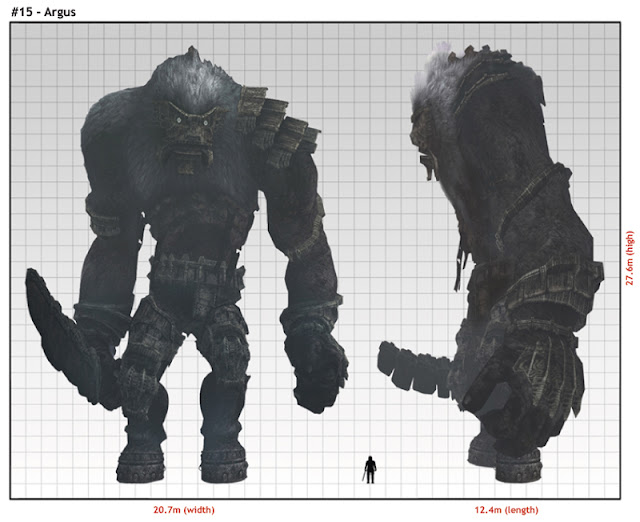 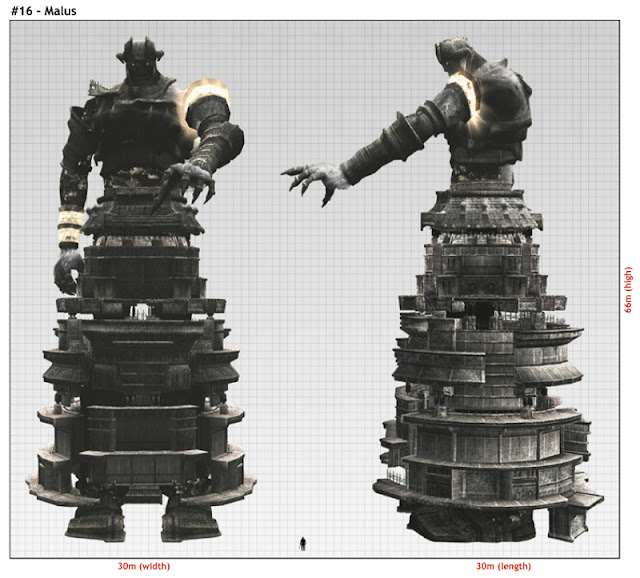 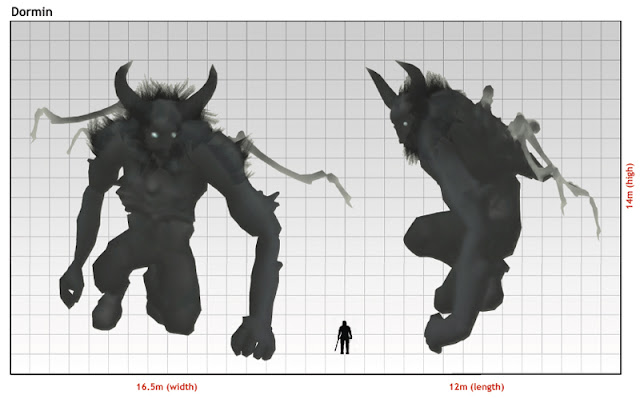 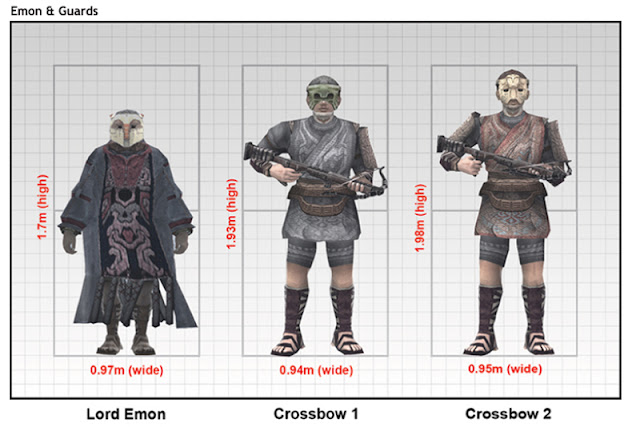 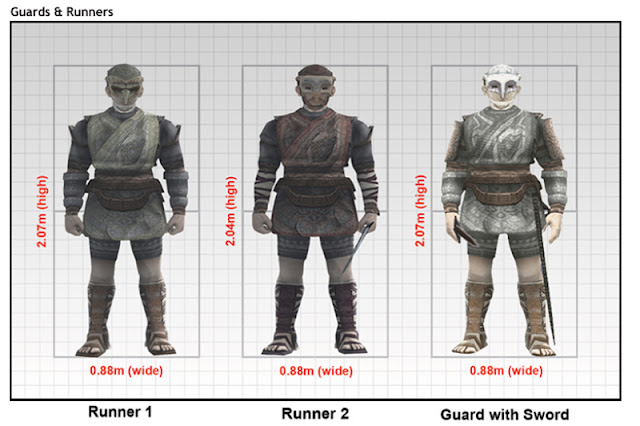 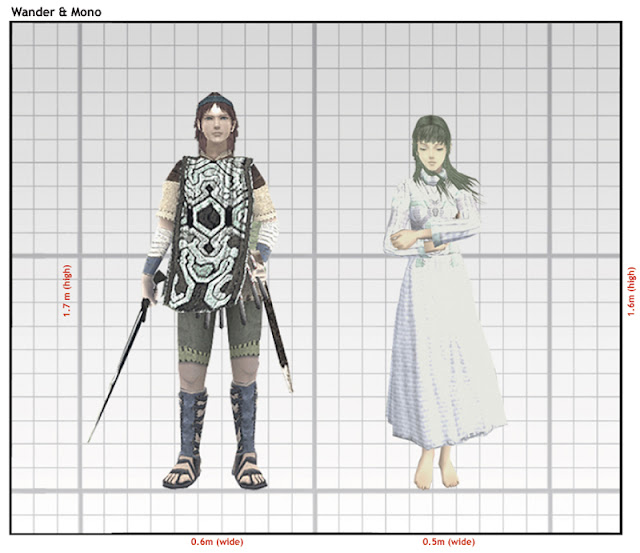 Wander is no longer a dwarf at this scale, but rather a regular sized young man. He was previously only 1.25m high, now he is 1.7m high, which is a normal human sized height, not that of a Hobbit xD. 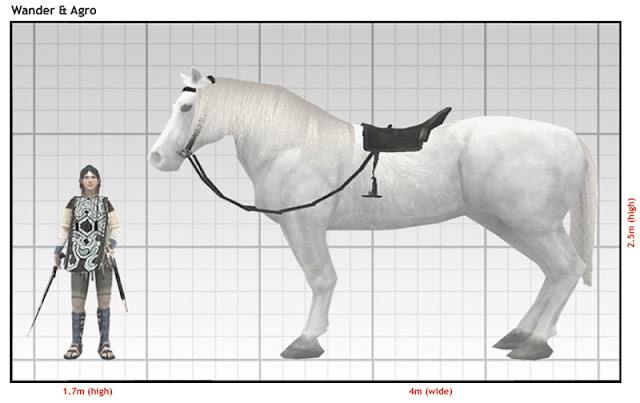 But now Agro has been enlarged to an oversized colossal horse! A horse larger than any ever known to have existed. According to the Guinness book of World Records, a horse known as 'Big Jake' is the tallest horse ever, with a height of 2.1m high, but Agro is 40cm higher than Big Jake! 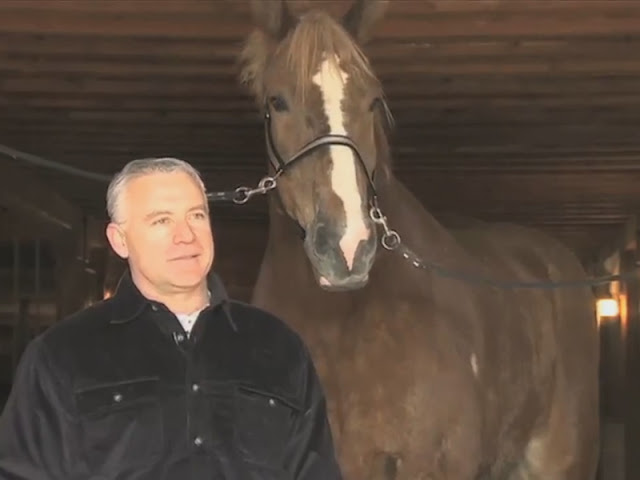 Big Jake - the largest horse in the world! 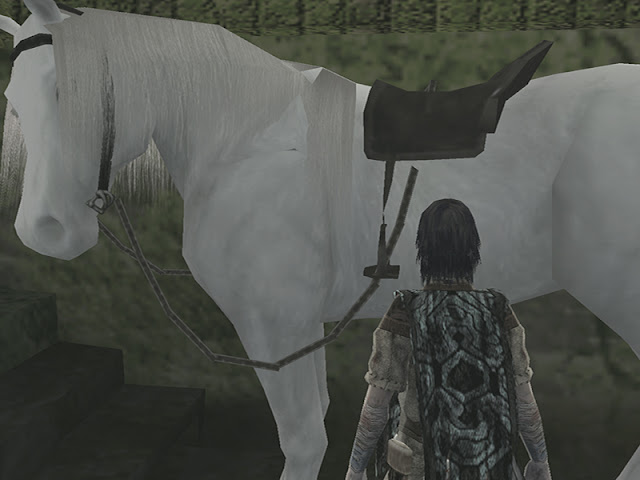 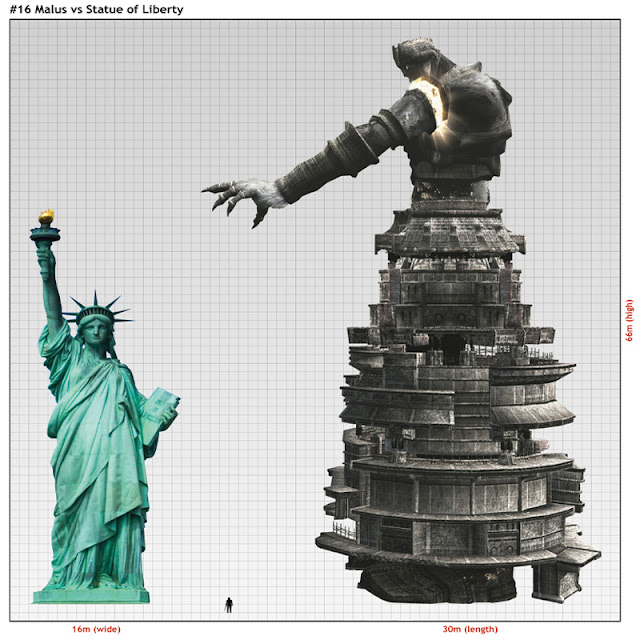 The scaled up 'real world' Malus towers over the Statue of Liberty, whereas before it was only 2m higher, now Malus is 20m higher than the iconic statue! A real colossus!

I know it would be easier if I could show the previous 'in-game' scales compared to the 'real world' scales, but I think that would just become confusing for the reader. The best way to compare them would be to have both of my 'Colossi Sizes' blog posts opened in separate browser windows, then compare them side by side. Note: I hope this doesn't confuse anyone, as I'm quite happy with my original 'in-game' measurements. But I thought I would showcase this discrepancy just to keep faith with what Ueda stated.

I think most fans will be happier with these dimensions as they increase the size of the colossi to truly monumental scales, however the only sizes ever published have been taken from my measurements which at first were only guesses based on how high I thought Wander might be and, in turn were added to the SotC wiki. I turns out my initial guess was spot on (1.7m high), so I think this is as close as we can get to the true sizes of the colossi, Wander, Mono and Agro and the other characters we see in the game.

So what do you think? I would love to hear your thoughts on this matter. Which scale do you think is the right one? The measurable 'in-game' scale, or the one based on Ueda's 200m long Phalanx? Could both be correct or not?
Posted by Nomad at 10:07 PM